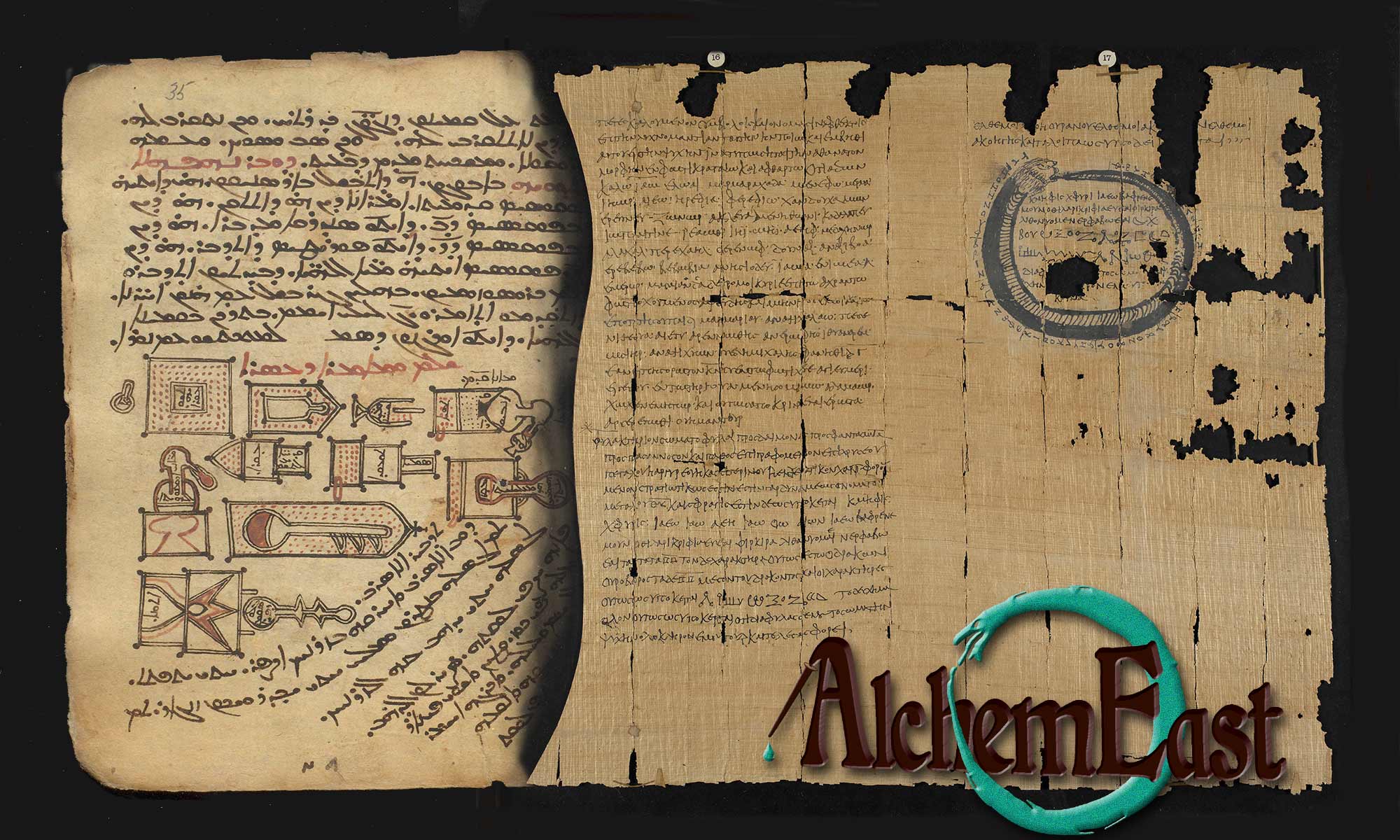 Unit at the Department of Philosophy and Communication Studies

Matteo Martelli
Professor in History of Science – P.I. of the Project
Matteo read Classics at the University of Bologna, where he received his PhD in Greek Philology (2007); in 2012 he obtained a second doctorate in History of Science at the University of Pisa. He held post-doctoral positions in Philadelphia (2009-2010; Edelstein Fellowship, CHF) and Berlin (2010-2012; AvHu-Fellowship, HU), where he was then appointed research associate (2012-2016) in a project on Byzantine and Talmudic medicine (SFB 980; dir. Philip van der Ejik; Markham J. Geller). In 2016-2017 he was research associate at the Berlin-brandeburgische Akademie der Wissenschaten (Project on Galen). He is the principal investigator of AlchemEast, and his current research focuses on the alchemical work of Zosimus of Panopolis and its reception in the Syriac tradition (critical edition of the Syriac books ascribed to Zosimus).

Marco obtained a MA in Philosophy of science (Bologna, 2008) and, after working outside academia for a few years, a MA in Papyrology (Bologna, 2019). In November 2019 he started his AlchemEast PhD project: a critical edition, translation, and commentary of a Byzantine alchemical work, Thirty Chapters on the Making of Gold, by the so-called Philosopher Christianus (6th-8th c. CE), which both discusses key methodological issues of the alchemical art and includes alchemical recipes. This work was first edited by Berthelot and Ruelle in their Collection des anciens alchimistes Grecs, but in a disconnected and unsatisfactory way. In my commentary, possible mathematical and philosophical influences (e.g. Plato’s Timaeus, Nicomachus’ Introductio arithmetica and Aristotle’s Meteorologica) will be investigated along with technical instantiations of Byzantine alchemical theories.

Noemi obtained her Ph.D. in Near Eastern Studies at the University of Naples “L’Orientale” (2014) with a research project on agricultural practices and management in Bronze Age southern Mesopotamia (forthcoming). In the past four years, she was awarded a post-doctoral fellowship (2016-2020) at the same University, where she also taught as an adjunct professor of Assyriology for MA courses (2017-2020). Over the years, she spent research periods in France (Collège de France and Maison Archéologie et Ethnologie) and in the USA (Harvard University), and edited unpublished cuneiform texts from the Vatican Museums, the Harvard Semitic Museum, the Yale Babylonian Collection, the British Museum. Her topic of research in AlchemEast focuses on the early development of the perfume-making industry and the production and use of red dyes, with the attempt to follow the transmission of practical knowledge in the scholarly context of ancient Mesopotamia.

After graduating in Classics at the University of Siena (BA, 2012) and Pavia (MA, 2016), Vincenzo has been awarded a PhD research fellowship in History of Ancient Science at the Humboldt University of Berlin (2016-19). His research focusses on the Greek alchemical tradition and, particularly, on the relation between alchemy and natural philosophy during Late antiquity and the Byzantine period. He has devoted special attention to the alchemical works falsely ascribed to Cleopatra and to those preserved under Stephanus of Alexandria’s name. Within the AlchemEast project he is currently working on the reception, adaptation, and innovation of alchemical recipes and practices in the Byzantine works written between the seventh and the ninth century.

After being awarded an academic scholarship (1999-2003) to read History and Philosophy at the Green Mountain College, Poultney (Vermont, USA), Bojidar finished his master in Byzantine and Oriental studies at the University of Münster (2004-2012). He conducted his doctoral studies in Semitics at the University of Marburg, with a research fellowship at the Bavarian Academy of Sciences and Humanities in Munich (2013-2017; Research Project: Ptolemaeus Arabus et Latinus). Within AlchemEast he is currently working on a critical edition, translation and commentary of Jābir ibn Ḥayyān’s Rectifications to Plato (K. muṣaḥḥaḥāt Aflāṭūn).

Eduardo Escobar
Assistant Professor in History of Science
Eduardo A. Escobar is a historian and Assyriologist whose research focuses on the history of instruction manuals within cuneiform scholarly cultures of the ancient Middle East. His research and current book project, entitled “The Scribal Craft: Cuneiform Procedural Knowledge and the Material World,” offers an intellectual history of procedural knowledge, detailing the central role technology played in the construction of scribal knowledge of the late second and early mid first millennia BCE. Within the framework of AlchemEast, Escobar will examine Akkadian technical recipes for making glass, perfume, and dyeing wool, within the broad historiographic and thematic framework of “alchemy”; in so doing, he aims to trace and contextualize scribal notions of material purity and transformation as well as the textual transmission of technological knowledge in the ancient Middle East.

At the University of Bologna, Escobar teaches courses on Babylonian knowledge, historiography, classification, and on scientific knowledge and natural philosophy in the pre-modern world. He recently received his PhD from the University of California, Berkeley in Near Eastern Studies and Science and Technology Studies, and holds degrees from Columbia University, and The Cooper Union for the Advancement of Science and Art.

Gabriele graduated at the University of Venice ‘Ca’ Foscari’ (Italy) in 2003 and completed a PhD at the same university in 2007. His thesis included an edition and a translation of the Arabic original and the Hebrew version of the medieval alchemical treatise Liber de aluminibus et salibus. He has been a fellow at the Warburg Institute (London; 2007) and at the Chemical Heritage Foundation (Philadelphia, PA; 2008) and has worked as a field researcher for the Schoenberg Database of Medieval Manuscripts and the Library of Congress’ World Digital Library project. From 2010 to 2017, he was a Research Associate at the Genizah Research Unit (University of Cambridge, UK), where he has worked on a cache of almost 200,000 fragments of medieval manuscripts retrieved from the Genizah (storage room for sacred material) of the Ben Ezra Synagogue in Old Cairo. In Cambridge, he lectured on Medieval Medicine and Sciences at the Department of History and Philosophy of Science and held a Research Fellowship at Clare Hall College (2013-2016). He spent three years (2017-2020) in Baltimore as a Visiting Assistant Research Professor at Johns Hopkins University (History of Science and Technology Department & Program in Islamic Studies), where he lectured on the history of science in Islam, on Jewish-Muslim-Christian relationships in the medieval world, on manuscript studies and on Islam more in general. He joined the AlchemEast team in July 2020. .

After graduating at the University ‘La Sapienza’, Daniele is currently working on his PhD project “Medical and alchemical analogies in the Middle-Platonic scientific discourse. A new method for the analysis of argumentative systems”. Ancient philosophers and scientists made frequent use of analogical structures in their texts (similes, metaphors, exempla): such analogies often had a stylistic or didactic purpose, but in some cases they also played a role in rhetorical persuasion or in the sincere justification of philosophical and scientific theses. For an easier distinction and interpretation of the contextual functions of analogies in argumentative texts, I propose an XMLframework for the digital markup of ancient texts, useful for mapping argumentative dependencies between theses and placing analogical structures in their peculiar micro-and macro-contexts. In particular, I am building a database of metaphors and analogies in Middle-Platonic texts with a focus on medical and alchemical explicanda: my research will thus be able to give some insight into the historical interrelations between medicine and alchemy and all the other philosophical-scientific fields that occurred in Middle-Platonic thought and writing practice.

After graduating at the University ‘La Sapienza’, Giorgia is currently working on her PhD project on Byzantine alchemical manuscripts kept in Italian libraries. According to the second volume of CMAG (Catalogue des manuscrits alchimiques grecs; 1927) these manuscripts are located in six different cities: Venice, Milan, Bologna, Florence, Rome and Naples. A preliminary survey of this volume shows that it lacks of detailed information on individual items, especially in regard to codicological and paleographical data. Starting from this premise, my project aims to explore and carefully map Byzantine alchemy through the production of a new, comprehensive and updated catalogue. Moreover, the research will focus on the manuscripts copied during the Paleologan Age, by investigating the historical and cultural context which fostered the circulation of alchemical texts in that period.

With a strong background in Arabo-Islamic studies and Arabic philology (BA 2006; MA 2008), Lucia obtained her PhD (2012; Doctor Europaeus) in Near Eastern Studies at the University of Naples with a dissertation on ‛Īsā ibn ‛Ālī’s Book on the Useful Properties of Animal Parts (in press with De Gruyter). From 2012 to 2017 she was research assistant in history of ancient knowledge (Wissensgeschichte) at the Free University in Berlin (prof. Markham J. Geller). Her current project in AlchemEast focuses on the reception of Greek and Byzantine alchemy in Arabic, with special attention to the works attributed to Democritus, Aristotle, Maria the Jewess, Zosimus, and Alexander the Great.

After graduating from Waseda University in Japan (BA 2012, Philosophy), Masayo developed an interest in Graeco-Arabic studies by examining Arabic traditions of Euclid’s Elements (MA 2015, Area Studies, University of Tokyo) and moved to research on Ǧābirian corpus as a PhD student at the University of Tokyo while being a research fellow of Japan Society for the Promotion of Science (2016-2018). In her PhD project in AlchemEast, she is currently working on editing the Book of the Seven Metals which will shed light on new aspects of Ǧābir b. Ḥayyān’s alchemical, philosophical and medical ideas.

Unit at the ‘G. Ciamiciam’ Department of Chemistry

After various fellowships in European and American Universities (University of Strasbourg, Trinity College in Dublin, University of California), Lucia obtained her PhD in Chemistry at the University of Bologna (dissertation: ‘Design and Synthesis of Molecular Crystals’; 2001). Here, she was research assistant at the Faculty of Sciences (2000-2014), and in 2014 she was appointed associate professor at the Department of Chemistry. Since 2009 she is actively involved in the organization of the international workshop “Crystal forms @ Bologna” and in 2012 she was awarded the Nardelli Prize for her research in crystallography. Her main project in AlchemEast deals with historically informed replications of ancient alchemical recipes.

Massimo studied Pharmacy at the University of Bologna, where he graduated in 1995. He collaborates with different didactic programs in chemistry addressed to both students and professors in Italian high schools, and he is currently the senior technical manager in charge of the inorganic chemistry laboratory at the ‘G. Ciamiciam’ Department in Bologna (for both teaching and research activities). His main project in AlchemEast deals with historically informed replications of ancient alchemical recipes.

Marianna earned her PhD in Chemistry (December 2016) in the group of Prof. Paola Ceroni (ERC PhotoSi), with a thesis named “Photoactive Molecules in Supramolecular Architectures and Photoredox Reactions”. After The PhD, she spent three years as Post-Doc in the same group, working on photoactive molecules in organic reactions. Since last year, she is Adjunct Professor in the master course “Elements of Ecology and Chemistry Teaching”, Primary Teacher Education degree. She is also conducting tutoring activities in the master courses “Coordination Chemistry with Laboratory”, degree program in Chemistry and Materials Chemistry. She joined the ERC project AlchemEast in 2019, working on the replication of ancient alchemical recipes.